The old PDQ wiring used a Scientific Generics controller, a lot of which are failing after many years service. The Porter 5 is a good replacement, here are some steps for fitting a Porter to a PDQ power trike.

You will need the following parts: 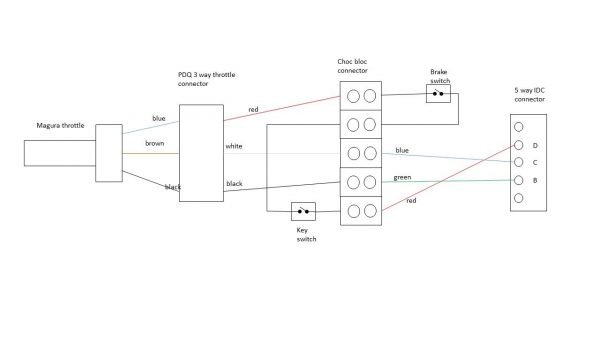 10. Close up the box, and mount to the frame using the other 8mm x M4 screws.

Notes: We have seen some PDQs that have the blue wire from the battery box as the positive [B+] line instead of the brown we’d expect – made us scratch our heads for a while!